No action is taken today and no medicine will be available tomorrow. This is the theme of this year's World Health Day (April 7). The background of this theme is that the rational use of antimicrobial

No action is taken today and no medicine will be available tomorrow.

This is the theme of this year's World Health Day (April 7). The background of this theme is that the rational use of antimicrobial drugs and bacterial resistance have become one of the serious public health problems in the world.

In analysing the causes of abuse of antibiotics, Zhao Minggang mentioned six points, including that the compensation mechanism for public hospitals is not perfect, and the mechanism of “doing with medicine” still plays an important role in the hospital. 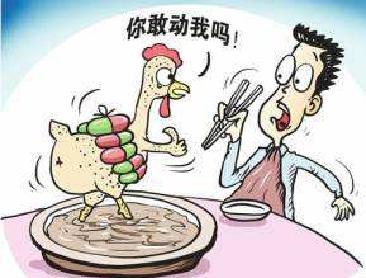 At the end of last year, Zhu Zhixin, deputy director of the National Development and Reform Commission, stated at the joint meeting of the 18th session of the 11th National People's Congress Standing Committee that in 2009, China's medical infusion of 10.4 billion bottles, equivalent to 1.3 billion people, lost 8 bottles of liquid per person. , far higher than the international level of 2.5 to 3.3 bottles, this excessive use of drugs endanger people's health and life safety.

The direct impact of overuse of drugs is not only the waste of drugs and adverse reactions caused by antibiotics, but also the emergence of drug-resistant bacteria.

A report in August 11th, 2010 “The Lancet” magazine found that enterobacteriaceae related to NDM-1 are resistant to most commonly used antibiotics. The report has attracted widespread attention at home and abroad. The media called it “super bacteria. ".

Recently, media reported that India has discovered "superbugs" that carry NDM-1 resistance genes in residential areas. In October 2010, the China Center for Disease Control reported that three "superbug" cases have been detected in China.

Zhao Minggang said at the above-mentioned conference that at present, China has not discovered new cases of "super bacteria" carrying the NDM-1 drug-resistant gene, and even found no such cases in the community.

In spite of this, the emergence of "superbugs" has triggered vigilance against the abuse of antibiotics.

Zhao Minggang frankly stated that there is indeed an irrational application of antibiotics in individual medical institutions and medical personnel in China.

Zhao Minggang said that the Ministry of Health will take several measures to promote the rational use of antibacterial drugs, including the formulation of the "Administrative Measures for Antibacterial Drugs in Medical Institutions," and clearly classify and classify antibiotics, and divide antibiotics into restricted, non-restricted and special management categories. Three categories.

According to another report, the Ministry of Health also proposed some specific indicators for hospitals according to the state's current use of antibiotics. The Ministry of Health requires that the use of antibiotics in outpatients of tertiary hospitals be controlled within 20%, which is lower than the 30% recommended by the World Health Organization.

Curing the ill of "taking medicine to cure medicine"

Zhu Zhixin also pointed out that in the past, due to the unhealthy system of “taking medicine to support medical treatment”, the excessive use of drugs by primary health care institutions was very serious, especially the abuse of antibiotics, hormones, vitamins and infusions, which is often referred to as “three dishes and one soup”. ".

The reality is that although the basic drug system has been widely promoted, because some local government subsidies cannot be put in place in time, drugs are still one of the means by which some basic medical institutions rely. "It is still relying on drugs to feed themselves. Although there are regulations in the hospital, antibiotic use should not exceed 20%, but this figure does not have a clear assessment index." Medical staff at a township health center told the "First Financial Daily" reporter.

Professor Xiao Yonghong, the First Hospital of Medical School of Zhejiang University, told reporters earlier that the most serious consequence of the abuse of antibiotics is the emergence of drug-resistant bacteria.

"At present, 30% of hospital drug revenue is derived from antibiotics," said Xiao Yonghong.

Zhao Minggang pointed out: "No matter what time, regardless of who is on the body, no matter what medical institution it is in, if individual medical personnel are not well-educated, we will never tolerate the phenomenon of violation of laws and regulations. Once discovered, it will be investigated to the end. According to the law, Dealing with regulations seriously."

The "Opinions of the General Office of the State Council on Establishing and Perfecting the Compensation Mechanism for Basic Medical and Health Institutions" promulgated in December last year clearly stated that after the implementation of the essential medicine system, the government's personnel expenditures and business expenditures of township health centers and urban community health service organizations will be held. Operating costs are compensated through service fees and government subsidies.