The per capita annual consumption of antibiotics in China is 138 grams, which is 10 times that of the United States, and it ranks first in the world.

The per capita annual consumption of antibiotics in China is 138 grams, which is 10 times that of the United States, and it ranks first in the world.

Less than 20% of the people really need it. Antibiotics account for about 30% to 40% of drug costs in cities such as Chongqing.

How to curb the use of antibiotics?

A common cold, the doctor may give you high-level antibiotics such as "cephalosporins". Although the patient is on the surface very good, but the next time you catch a cold, you must use this high-grade medicine, even the dose is getting bigger. Now, this kind of abuse of antibiotics will be effectively curbed! Yesterday, the Chongqing Evening News reporter learned from the Municipal Health Bureau that it will strike hard and rigorously rectify the abuse of antibiotics from the aspects of quantification and assessment.

The Municipal Health Bureau will carry out the quantitative management of antibiotic drugs according to the hospital level. That is, according to the formulation criteria, the level of antimicrobial drugs in tertiary medical institutions shall not exceed 50 in principle, and no more than 35 in secondary hospitals. The same generic name injections and oral dosage forms shall not exceed two, and the compound prescriptions with similar prescription composition 1~ 2 kinds.

According to relevant persons from the Municipal Health Bureau, the abuse of antibiotics has a lot to do with a wide variety of antibiotics in medical institutions. "With restrictions on species, even if antibiotics are used, doctors can only use them in a limited variety."

How to limit the doctor's assessment

According to the different levels of antibiotics, it is again linked to the prescribing rights of doctors. This means that not all doctors can open antibiotics in the future. In addition to being trained in the clinical application of antibacterial drugs and passing the assessment, it is also necessary to clarify the prescription authority of each doctor for the corresponding antibacterial drugs. The same doctor, if the doctor does not qualify for clinical training for antibiotics, he has no right to prescribe antibiotics. If it is a general doctor, he has no right to prescribe antibiotics for restricted use or special use.

What to do if a doctor breaks the rules

For rigorous assessment, medical institutions will organize professionals to comment on prescriptions and orders issued by 25% of physicians who have the right to prescribe antimicrobial drugs every month, and will focus on spotting infections, surgery, respiratory medicine, intensive care medicine, etc. Clinical departments and cases of type I incision surgery and interventional treatment.

According to the results of the review, physicians who have had an antibiotic overdose more than three times without reasonable cause will be warned to restrict their special use level and limit the use-level prescription right; after that, if there are more than two consecutive abnormal prescriptions and there is no justification , will cancel its antibacterial drug prescription rights. In addition, the clinical application of antibacterial drugs will be included in the hospital assessment, evaluation and clinical focus specialist construction index system.

More than 80% of antibiotic abuse

According to the survey, China's per capita annual consumption of antibiotics is about 138 grams, which is 10 times that of the United States and ranks first in the world. The number of people who really need to use antibiotics is less than 20%, and more than 80% are antibiotics.

According to a statistics from the Ministry of Health, about 80,000 people in China die directly or indirectly from the abuse of antibiotics each year. According to the incomplete statistics of the past five years, the annual total cost of drug use in major cities such as Shanghai, Wuhan, Hangzhou, Chongqing, and Chengdu accounted for about 30% to 40% of the total cost of antibiotics, ranking first in all drugs. Among the S. aureus strains infected by the Shanghai population, 80% have developed resistance to penicillin G. The application of the third-generation cephalosporins antibiotics, such as ceftriaxone and ceftriaxone, has become increasingly common, and the selection of antibiotics has advanced significantly. If the abuse of antibiotics is not stopped, Shanghai will become the hardest-hit area with strong resistance to bacteria after Beijing and Guangzhou.

Stones from it: First test to find the most effective medicine

In foreign countries, if you are sick and need to take antibiotics, you must first carry out bacterial culture, and then do the test, which kind of drug is most effective for the treatment of this disease, and then medication to the patient. This time is not long. Results can be produced within three days. Generally, it will not delay the illness but it will ensure rational drug use. In the United States, even if it is a heart operation, only one day of cephalosporin is used. In our country, to be an ordinary surgery, it may be three groups of antibiotics used for 7 days. 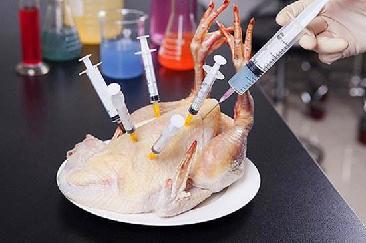 Patient medication: General cold does not require antibiotics for the first 3 days

How can people rationally use antibiotics? Experts said that first of all, patients should not take antibiotics (anti-inflammatory drugs) on their own, and they must be taken under the guidance of a doctor. For example, the general cold for the first 3 days do not need to eat antibiotics, if there is fever after 3 days or there is thick, you need to go to the hospital to check blood and chest X-ray. If you find high blood and chest infections, antibiotics are needed.

In general, young people have an infection and only need to use common antibiotics such as roxithromycin. If elderly people with underlying diseases are infected, second- and third-generation "cephalosporins" and other bactericidal drugs may be needed.